Life is a Highway 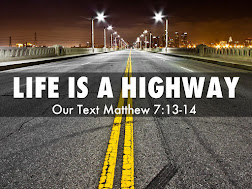 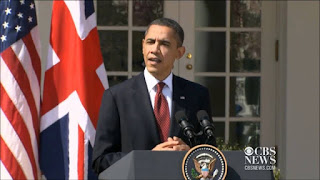 "Mitt Romney and Barack Obama are the same.  They have the same policies and are both puppets for Bilderberg and the CFR.  No matter how the media spins it or what the candidates say, they are not representing real change.  There is one candidate that does represent real and true change in America, change for the good and we must all put our differences aside and support this man any way we can."

Trying to tell the difference between "RomneyCare" and "ObamaCare" is like trying to tell the difference between a couple of lemons. You have to feel each of them, look closely, get into the details. But on paper they are essentially the same plans. Expanding private health insurance through tax credits, patient protections and requiring that all Americans pay for their share of their health care.

But other than health care reform, telling the difference between Mitt Romney, depending on which Mitt he decides to be based on what day it is, how the wind is blowing, how the weather is, which clone he decides to be that day, it can be very difficult without x-ray vision. They are very different on Iraq and Afghanistan and Iraq. Mitt believes we should stay there, Barack believes we should get the hell out.

Mitt and Barack are different on deficit reduction. Mitt apparently believes that we can cut the debt and deficit, raising taxes on the poor and focusing on around 15% of the Federal budget. Or 555B$, he doesn't want to eliminate all of that by the way. Thats the non-defense and entitlement parts of the Federal budget. President Obama believes everything should be on the table, except raising taxes on the poor.

They are different on growing the economy. Mitt believes in more tax cuts and subsidies for corporate America and rich people. I don't have a problem with the tax cuts, if it comes with eliminating tax loopholes. Which Mitt views as tax hikes, apparently Mitt believes that if you eliminated all taxes on the wealthy and corporate America. And then eliminate all of the tax loopholes as well, Mitt would call that tax hikes, because you would be giving them less money. (Talk about fuzzy math)

I believe that's what would come under George W. Bush's definition of "Fuzzy Math". The President believes the way to grow the economy is to rebuild the country, its public infrastructure, infrastructure investment. Developing a national energy policy that would expand and create new energy industries in America. Putting millions of Americans back to work, as well as incentivizing people to spend money in the country. Including tax cuts for the middle class that need tax relief. Here a few areas where Mitt and Barack unfortunately are similar and why I'm disappointed with President Obama as a Liberal Democrat and it relates to social issues and civil liberties.

Mitt and Barack both support the Patriot Act, indefinite detention and the War on Drugs. You expect Republicans today to take these Big Government positions. If Mitt Romney was truly a Liberal as critics in the GOP call him and if he's a Liberal, the majority of people living in the Bible Belt are Muslims. If this was the case, then Mitt Romney would be against these things. If Barack Obama was a real Liberal and not a Moderate Liberal he would be against these things as well. And this is where the President has been disappointing and why Liberal Democrats are taking a look at Gary Johnson the Libertarian Party nominee for president.

There's plenty of differences between Mitt Romney and Barack Obama that Ray Charles could see. I just wish there were a hell of a lot more. So to call them twins or clones, is inaccurate. Mitt Romney already has a clone but his name is Mitt Romney as well. And that's the only twin or clone that he needs.

You can also see this post at The New Democrat, on WordPress.

Posted by Ederik Schneider at 5:02 PM

All Comments that are on topic are welcome at Real Life Journal. Spam and personal comments are not and will be marked as spam.

Talking Points Memo: 'The War on Everything'

Source:  Talking Points Memo - CNN, doing a report on torture. Hopefully they didn't title it: "The War On Torture." L... 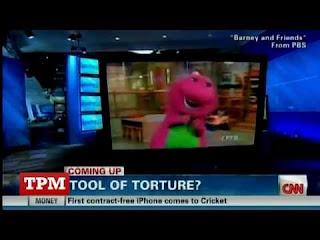